Once your spell is ready to go live, you can create a new version and deploy it in production from the Versions tab in Spell's detail page or the Publish button on the Spell's editor.

From the Code Editor​

We design the way of put a Spell in production from the Code Editor to be intuitive, fluid and easy to handle.

We first put an indicator if your development version isn’t the same as the production one, you’ll see with the red dot on the Publish button inside the toolbar:

When you click on this button, you will see a different view for the code editor, showing you the difference between the code in production and the new one, currently in development: This allows you to verify the change you have made. 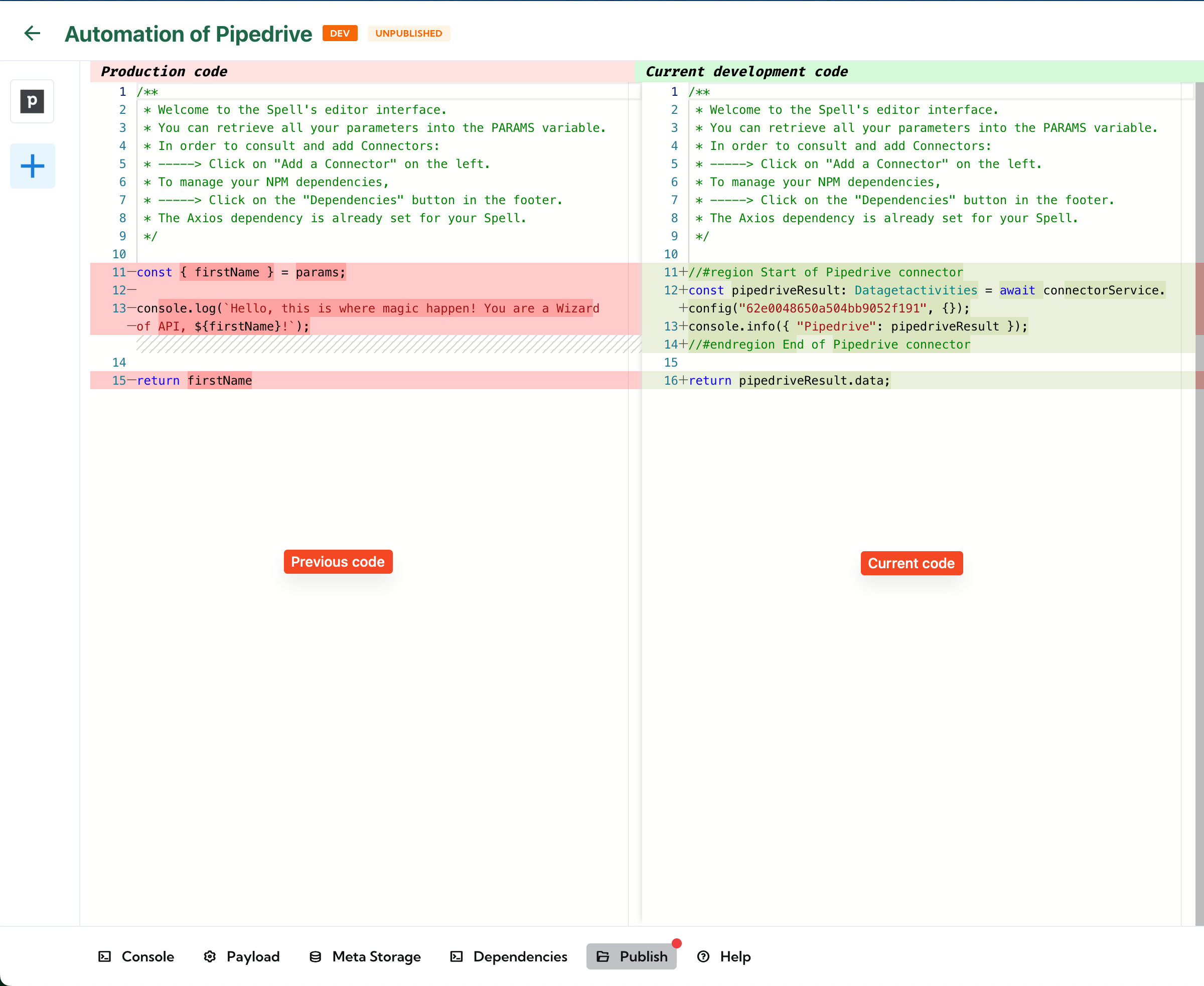 On the right side, you’ll find a new panel to publish your Spell in production.

On the new version to publish a release, the version (title) is automatic and incremental, you’ll have v1, v2, v3 and so on. You have a description field where you can transform the text to emphasize what is the most important on this new release.

By default, a new version will be a draft and not put in production. This is to avoid any unwanted production deployment. Note that a draft version do not remove the indicator of publication see before.

When you draft or release a new version, we remind you the latest version released in production and/or the latest drafted version

You’ll be able to put the latest drafted version in production from this panel if it’s different from the one in production. 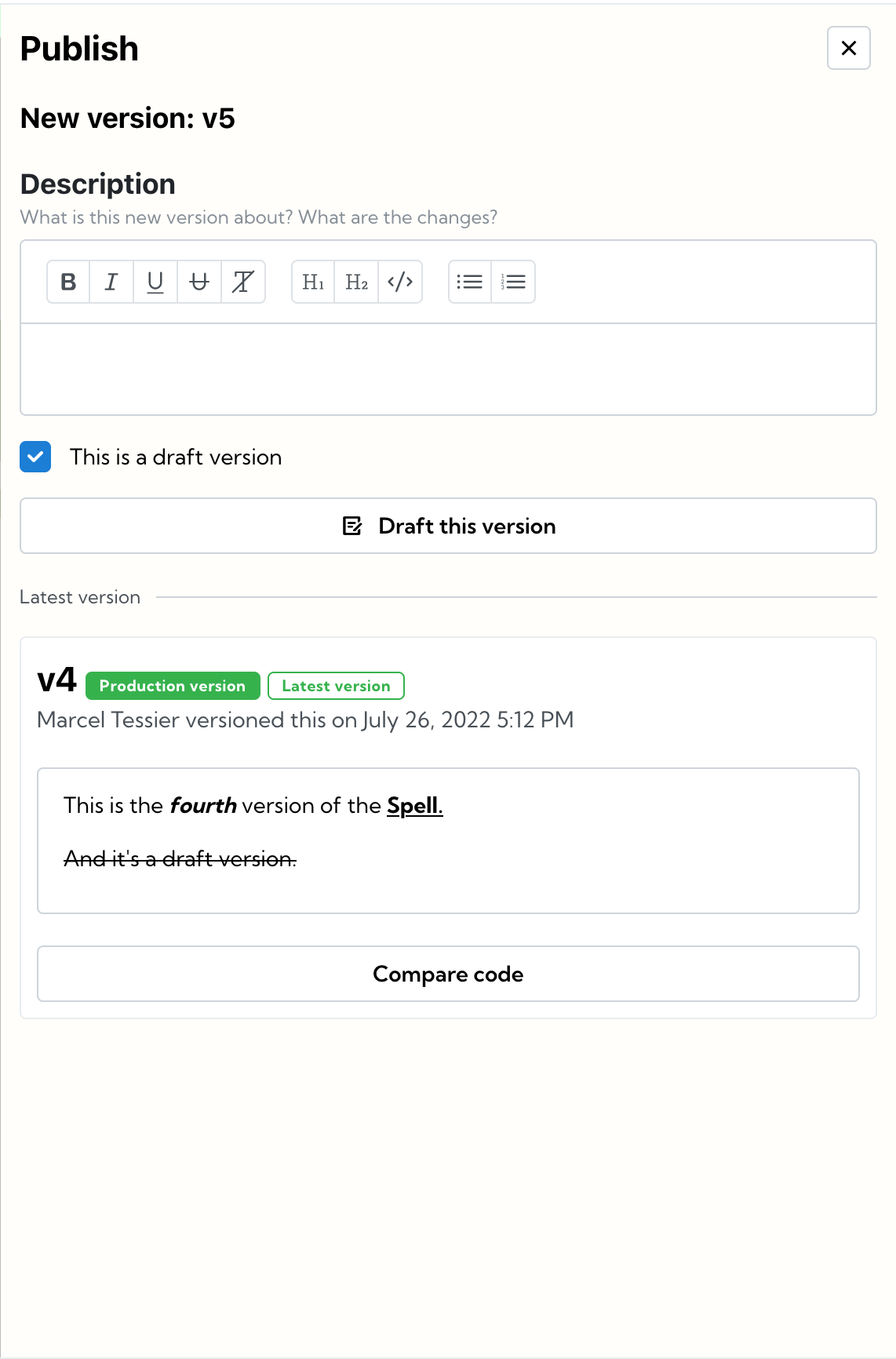 From the Spell's detail page​

If you choose to save a draft for your version, you can promote it to production when you are ready from the Version history. You can also redeploy an older version from here. 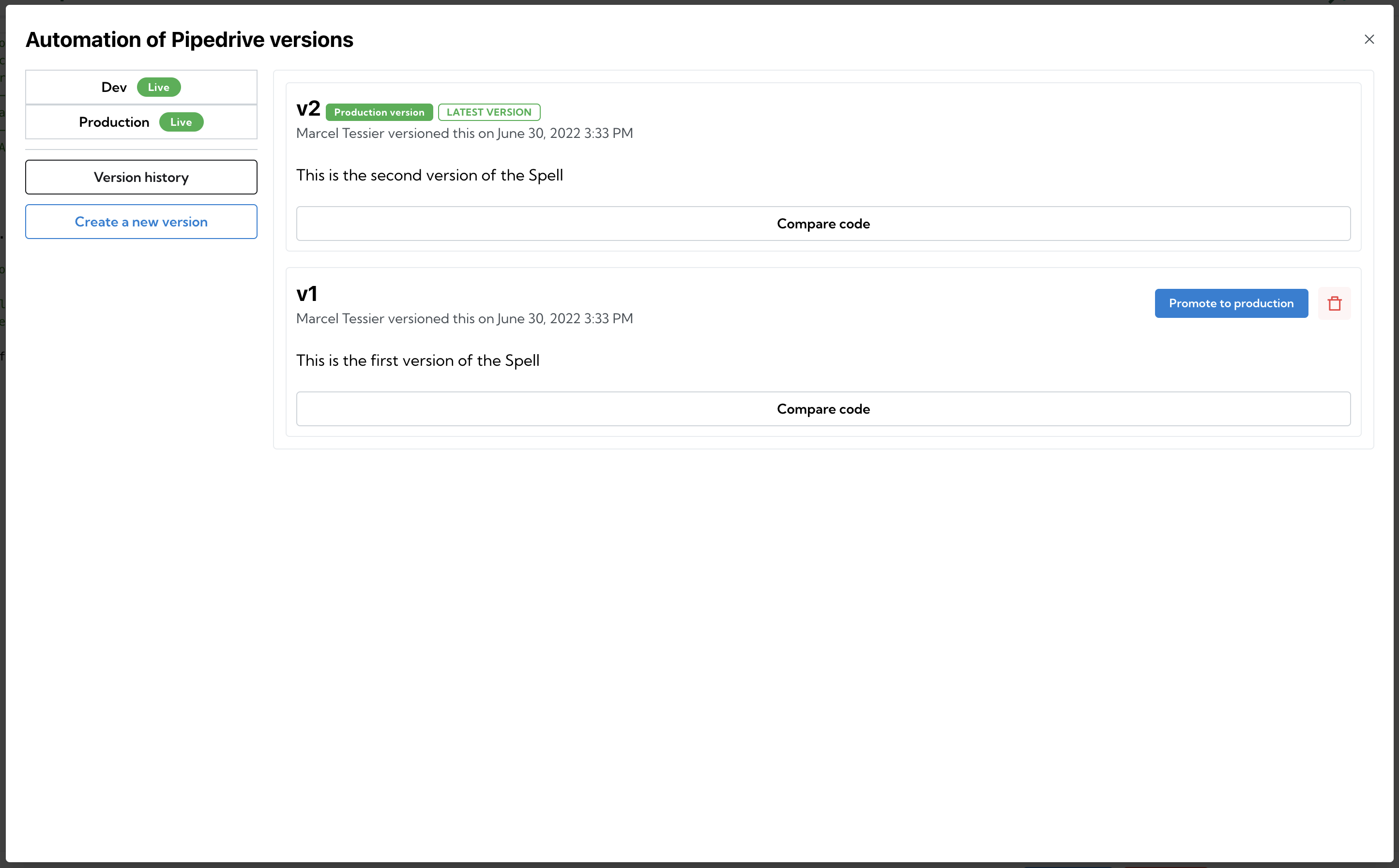 After a few seconds your version is available on production ! 🎉 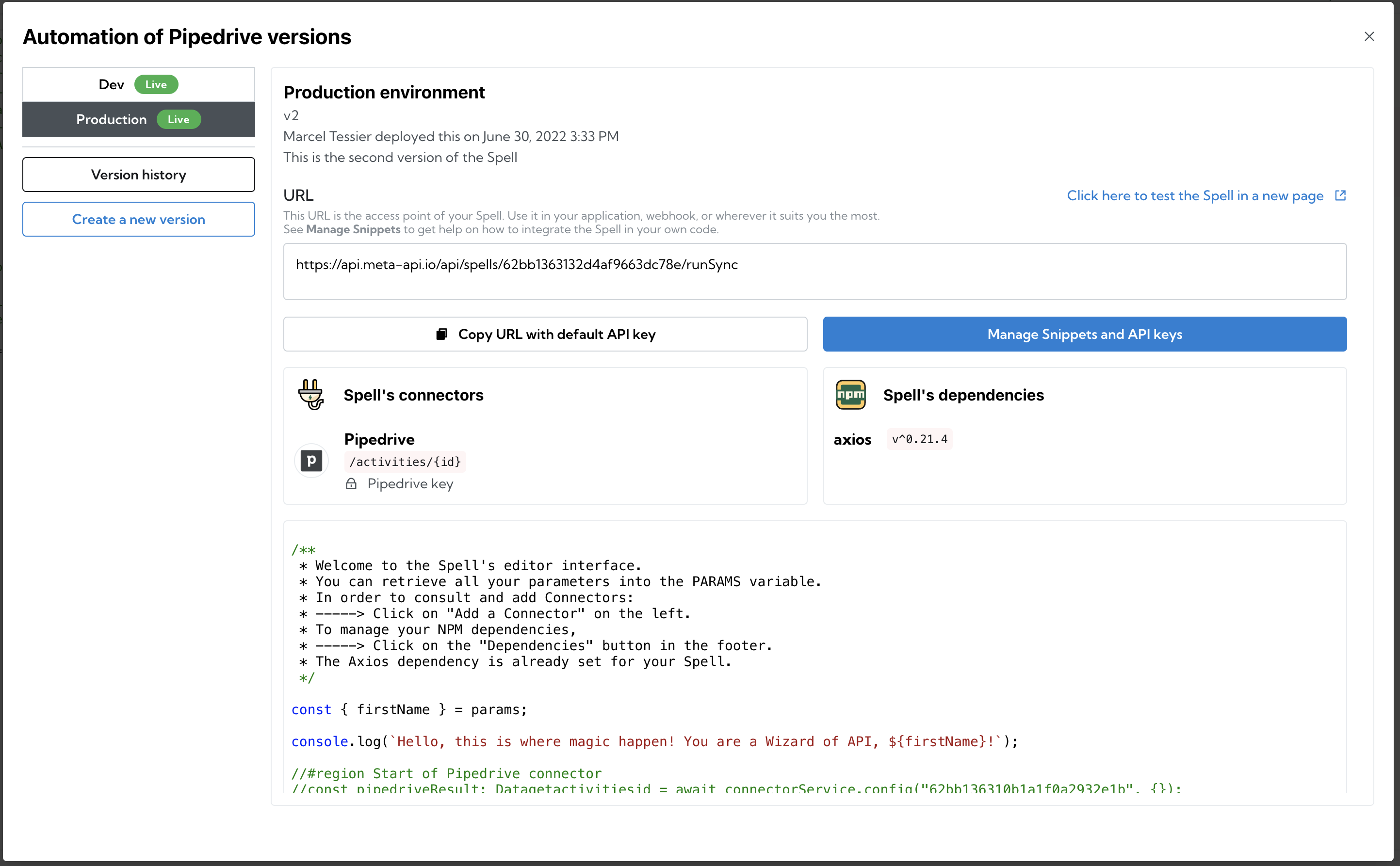